When you close your eyes and picture a vending machine what is it you see first?

Is it a packet of crisps? A chocolate bar? How about the fizzy drinks?

Vending machines are everywhere; schools, train stations, leisure centres and even in our hospitals.

A projective simulation model by the Lancet estimated there will be 11 million more obese adults in the UK by 2030, which is associated with significantly increased rates of diabetes, cardiovascular disease and cancer. The costs of these diseases to the NHS are projected to increase by £1.9 billion a year.

In 2013 a survey found only 27% of English NHS health trusts had a policy on the food sold in their vending machines2. Wales and Scotland introduced policies that instructed hospital vending machines should contain at least 30% healthier choice products back in 2008.

In 2015 the Observer asked the 160 health trusts in England what food could be purchased from their hospital vending machines. 76 confirmed that salty and sugary snacks were available with only half of them offering healthy options alongside this. Only two hospitals at this stage had restricted fizzy drinks to diet versions.

How can we be advising patients to lose weight when outside the clinic door are vending machines packed with sugary, calorie laden snacks; coffee shops offering drinks that contain up to 400 calories per portion; or even fast food outlets which notoriously sell high calorie, nutrient sparse meals?

It’s not just the patients that suffer from the poor food choices available. A recent study published in the BMJ found that 25% of nurses were obese (BMI >30) and 65% were overweight (BMI >25). Other healthcare professionals measured in at 14% obese and 49% as overweight. The study itself put the difference between the two groups down to the fact that Nurses are more likely than other allied health professionals – such as Physiotherapists, Occupational therapists etc to work shifts that are disruptive to eating patterns.

It is a CQUIN target that NHS staff have 24-hour access to healthy food. A 2017 survey found only 40% of London hospitals are achieving this.

Those staff that work night shifts will understand the importance of having enough food prepared as there will be no access to hot food in the middle of the night. However, there are vending machines across the hospital if you’re caught short. Yes, maybe at 3am all you want is bar of chocolate to get you through that shift but the choice of a healthier, more nourishing substitute should be available.

Well change is afoot, NHS England has introduced the following targets for its hospitals to reach by April 2018:

Do you think your local hospital has achieved this? What would a healthier vending machine look like to you? 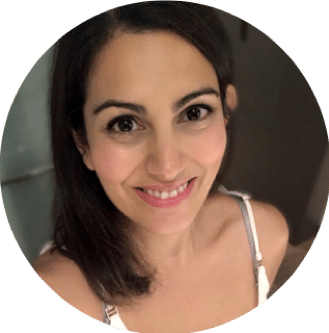 Young People and Mental Health: An update from CAMHS