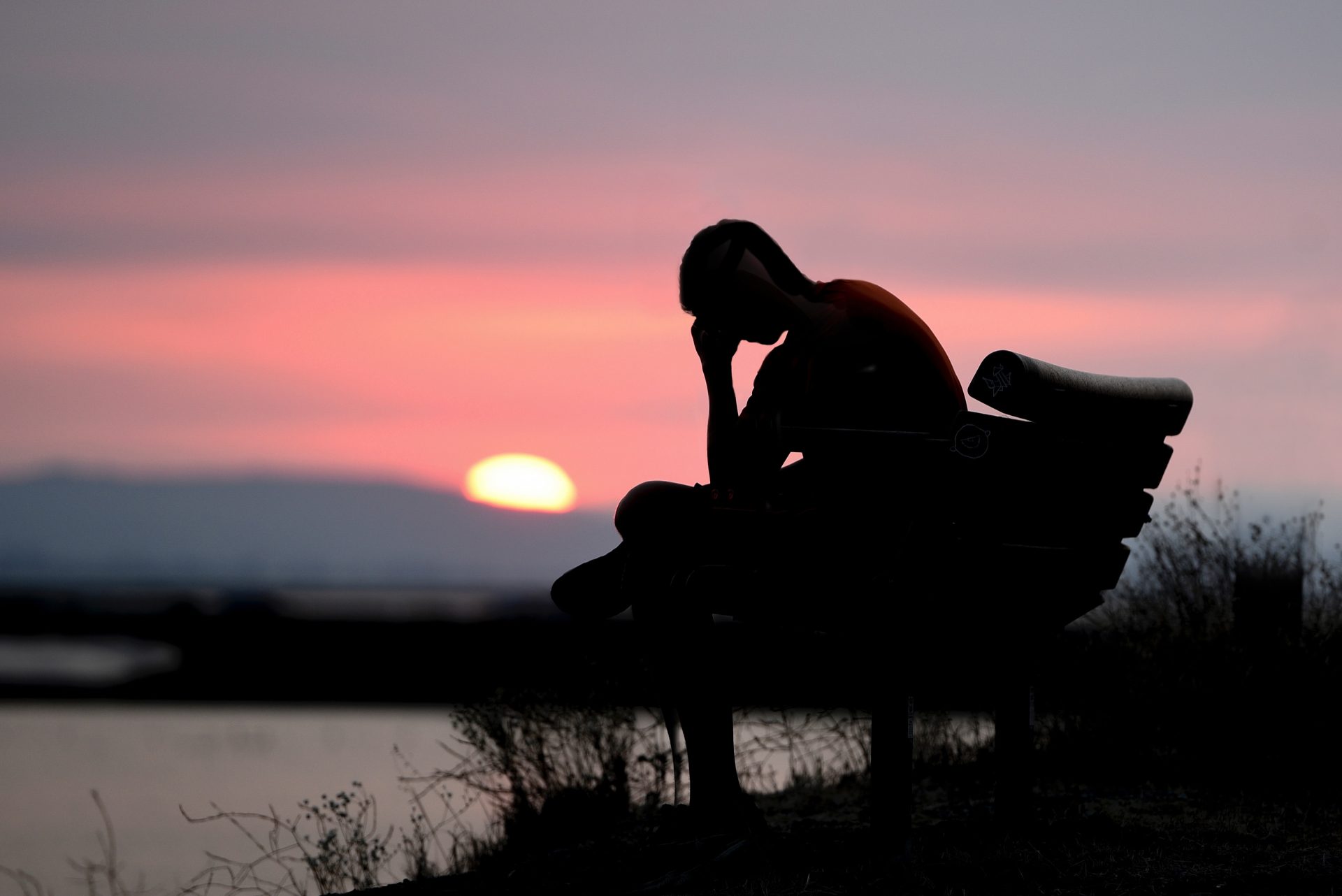 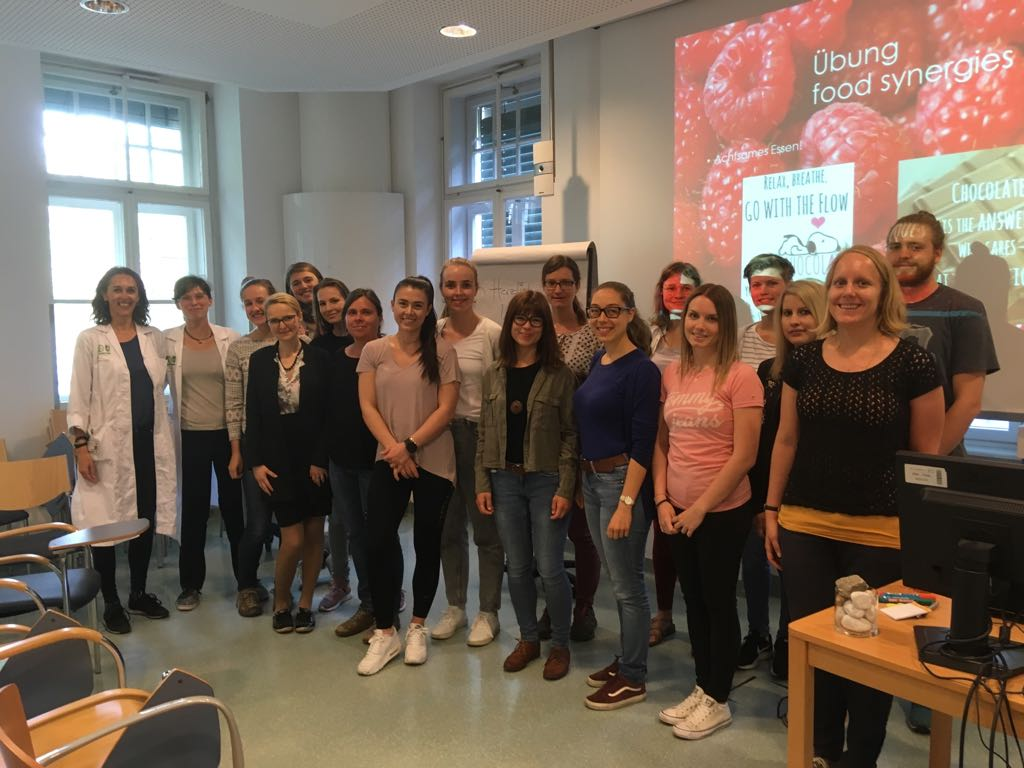 “Saying that depression is caused by low levels of serotonin is akin to saying that headaches are caused by a lack of aspirin.“ (Anderson et al.,Psychobiotic Revolution“)

I just finished my education to become a fully licensed psychiatrist with the Austrian board examination this April. Looking back, I’m not quite satisfied with the current treatment options I have learned in my years as a resident. Why? I regularly encounter chronically ill patients not getting well despite state-of-the art pharmaco- and psychotherapies. In fact, only one third of patients with depression reach a complete remission with psychopharmacological therapy alone (Klesse et al.) Most of our current treatment regimens, such as for depression and anxiety disorders, target an inhibition of the reuptake of neurotransmitters, supporting the neurotransmitter-hypothesis of psychiatric disorders. But where does this lack of neurotransmitters come from? Some interesting research has shown that besides a lack of neurotransmitters psychiatric diseases are not only located inside but also outside the brain. An example for a chronic, life-threatening psychiatric disorder where current psychopharmacological treatments are not working at all and are therefore not approved by the current treatment guidelines is anorexia nervosa. One of the reasons why antidepressants such as selective serotonin reuptake inhibitors (SSRIs) fail to work (although serotonin function contributes to the regulation of appetite, mood and impulse control which is disturbed in anorexia nervosa patients (Kaye et al.)) is believed to be a lack of basic required nutrients (such as tryptophan, folate, vitamin B12, zinc) which are essential for the synthesis of serotonin. Without proper amounts of serotonin, SSRIs cannot reach their full potential. Another interesting part in the pathogenesis of anorexia nervosa is the gut and the bacteria residing in the gut of anorexia nervosa patients: This is was what my doctoral thesis was about (Mörkl et al.) In anorexia nervosa and other psychiatric disorders an imbalance of gut bacteria, called dysbiosis occurs frequently (Rogers et al.). This is often accompanied by a species depletion of gut bacteria. When gut-barrier activity is reduced, a shift towards a lower microbial diversity occurs (Manichanh et al.). Dysbiosis has been shown to disrupt the gut-barrier which causes antigens to enter the blood stream leading to immune activation and low-grade-inflammation (Slyepchenko et al., Kiecolt-Glaser et al.). Accordingly, our current pharmacotherapies based on the regulation of neurotransmitters seem to be a symptomatic treatment which could be improved by nutritional interventions. As an adequate supply of micro- and macronutrients is essential to our well-being and mental health, nutritional interventions should be integrated as an important pillar in the multifactorial, biopsychosocial treatment of our patients. This is also underlined by a review showing that some food supplements could enhance the efficacy of antidepressant treatment (Slyepchenko et al.) and dietary advice is effective in the treatment of depressive symptoms (Jacka et al., Stahl et al.)

During the literature search for my thesis I came across the effect of diet on the gut microbes and the bidirectional communication pathway between the gut and the brain, called the gut-brain-axis. I was astonished to find that the gut bacteria could be changed after only five days (David et al.) of an altered diet and gut dysbiosis was found in a range of psychiatric disorders. At this time an old lady, suffering from chronic depression and obsessive-compulsive disorder was referred to me. She had already tried every kind of medication and psychotherapy in the last 30 years. As she already knew all current state of the art therapies, I asked her a question she was not asked before: “What did you have for lunch?” As we talked about diet and nutrition, I found out that my patient consumed a diet full of processed foods, sugar and refined carbohydrates. And I found that this eating pattern is not unusual for psychiatric patients. Interestingly, a low diet quality was connected to high rates of depression and suicidal risk (Lai et al., Nanri et al.)

Education about diet and nutrition is not an integral part in the medical and psychiatric education system of Austria. Data of an international survey showed that inadequate amounts of nutrition education are provided to medical students throughout Europe (Chung et al.). As nutritional medicine seems to be as important for future psychiatrists as for cardiologists and endocrinologists (Sarris et al.) and psychiatric disorders could be affected by modifications of diet (Jacka et al.) and the gut microbiota (Dinan et al.) we decided to start an elective course on nutritional psychiatry for medical students at our university (Medical University of Graz). In this course, we educate students to educate psychiatric patients about nutrition and the gut-brain-axis. It is vital that future doctors are able to provide reliable, evidence-based information to psychiatric patients.

Therefore, I was absolutely impressed as I found Nutritank via Twitter! Thank you for promoting the importance of nutrition in medical education! I look forward cooperating with you in the future to improve knowledge on nutritional psychiatry and promote nutritional interventions in psychiatric care!

I finished my psychiatry training in 2018. Now I’m an attending psychiatrist in C/L psychiatry and a psychotherapist in behavioral therapy. My focus of interest is the gut-brain-axis and interactions of bacteria with brain functions. Therefore, I spent half a year in Cork at the APC microbiome institute to deepen my understanding of the gut-brain-axis. In our studies on gut microbiota and psychiatric disorders we found a major impact of diet on gut microbiota composition. In Austria, education on nutrition is not a part of the medical or psychiatry curriculum. To fill this gap, Jolana and me started to implement the first student course on nutritional psychiatry at the Medical University of Graz. I hold diplomas for nutritional medicine and acupuncture of the Austrian medical chamber. For me, it is important to treat patients holistically and to apply all aspects of the biopsychosocial treatment model in daily practice. Vitamin D Supplement: Just for the Winter or Year Round?